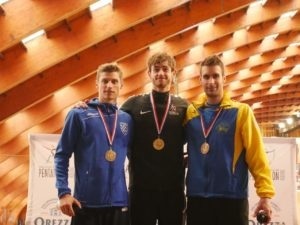 ALEXANDRE, CAN YOU INTRODUCE YOURSELF?

You know these cities where we are born and grow up, but when asked where we come from, we prefer to mention the nearest known city?

I come from one of such cities.

Coutances. A beautiful Norman city with a cathedral, churches and other parishes, with more than 8,000 inhabitants (all the same…). It is in this town that I spent part of my childhood with my two sisters, before moving to a village on the outskirts: Nicorps. There were more cattle than humans…The countryside you will tell me.

A rather successful school record as I brought back good grades throughout my school years and practised at least one physical activity in a club at the same time. From gymnastics to basketball, football and handball, I also spent a lot of time on the athletics track and the swimming pool where my father worked.

My parents, let’s talk about them. Both are passionate about sports. My mother had a high-level swimming career and was ranked among the best swimmers of her generation. I already had the athletic fibre in my genes…

Gifted for sports in general, I delivered some interesting performances in school and ended up being spotted by the French federation of modern pentathlon (see box). I was 17 at the time and obtained my Baccalaureate.

After swimming and running tests which I passed with flying colours, I went to the Pyrenees mountains to isolate myself at the French division of Font-Romeu for two years where I honed my skills and enrolled in a STAPS Bachelor’s degree programme (science and techniques in sports and physical activities). That was in September 2010: the adventure began.

In 2012, the post-Olympic year, my progress, my performances and my capacities enabled me to join the Institut national du sport de l’expertise et de la performance (National Institute for Sports, Expertise and Performance), a place better known by the acronym INSEP, in the east of Paris, an iconic site of French sport. It was an honour. I finished by bachelor’s programme and started a professional training in journalism.

And there are the people I met. Such as in September 2018. Whether it was a mere coincidence or created luck, I met two members – Ambre and Julien – of a company in the audiovisual sector called VIDELIO.

Some months mater, the “CAP2024” project was launched. That was the start of a new adventure.

CAN YOU TELL US A LITTLE MORE ABOUT YOUR DISCIPLINE?

The modern pentathlon Swimming, fencing, horse riding, pistol shooting and running. What a strange idea…Yet, there is a link between these sports.

For example, a rider at the Napoleonic era: a skilled soldier armed with a sword, a pistol, capable of riding any horse and endowed with running and swimming skills, this is the first modern pentathlete….

It should be noted, Baron Pierre de Coubertin, who revived the Games was also the creator of this multidisciplinary event. That is why the modern pentathlon, which entered the Olympic programme in 1912, became the closing event of the fortnight for the most prestigious sports in the world.

Now that you’ve read this, do not come and tell me there is biking in the pentathlon!

Drawing on its experience and know-how in audiovisual engineering, VIDELIO is able to manage the technical installation of video, sound and lighting for sports facilities. 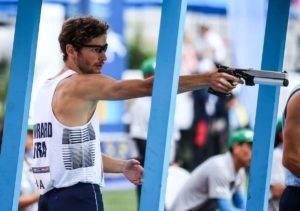 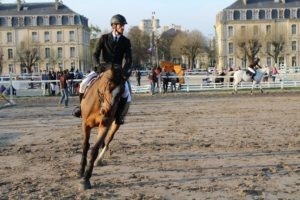 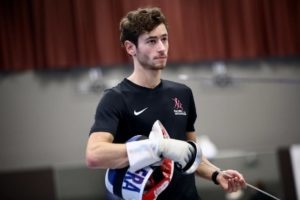 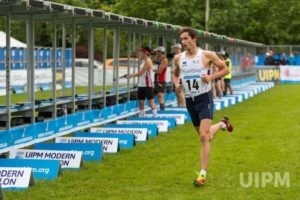 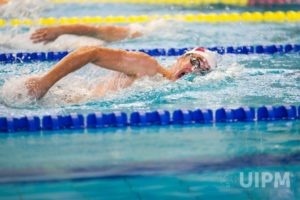