This year again, the VIDELIO teams travelled all over France to install broadcast, display and post-production equipment for the coverage of the most popular sporting event of the year : the Tour de France ! For over one month, the  VIDELIO-Events + Utram teams (technical services for events) put their know-how at the service of the various actors of the event : organizers, television networks and advertizers.
Meanwhile, VIDELIO – Cap'ciné (Post-production integrator)  and VIDELIO – Preview (broadcast integrator) worked well before the event to prepare and install the equipment for the France TV Sport mobile post-production vehicle.

For ASO (Amaury Sport Organisation) : organizer of the Tour de France, a staff of 15 were delegated to manage the display solutions : screens from 32" to 65" and a trailer-mounted LED display of
10 square meter area.Equipment was installed in the following location : 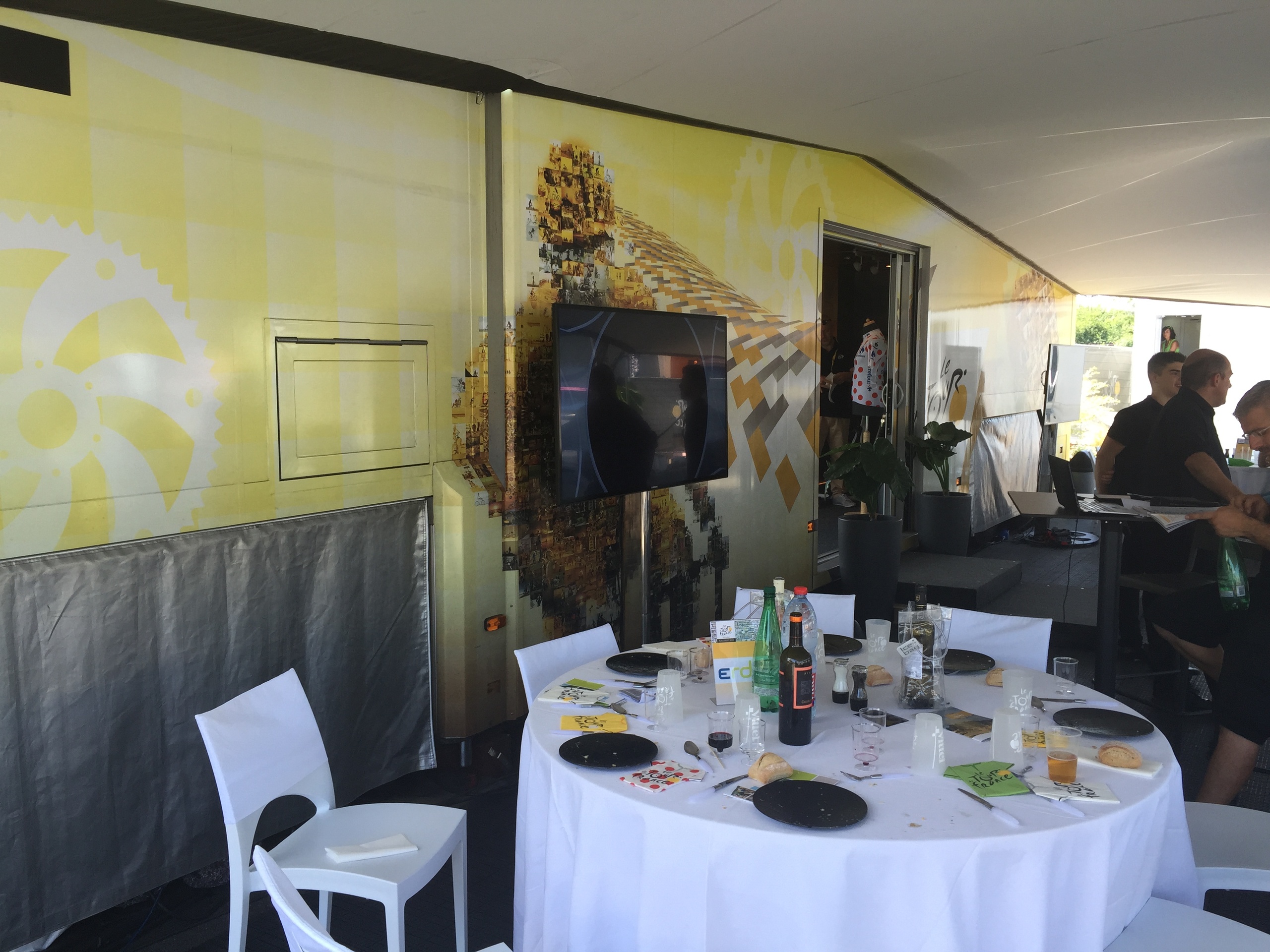 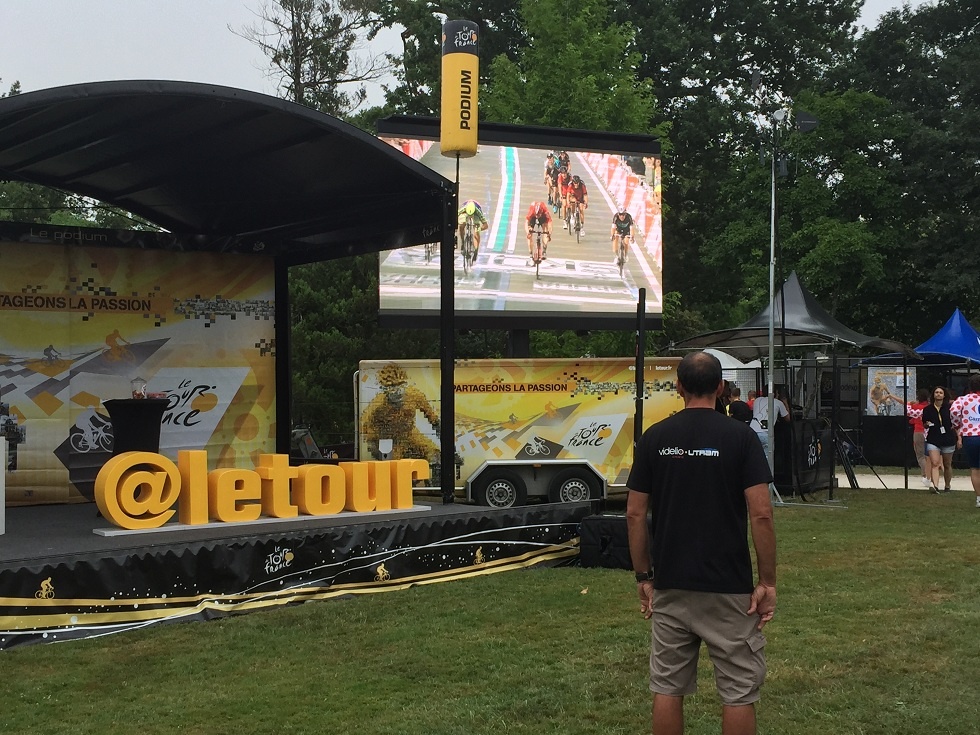 For France TV Sport :
A staff of 5 were in charge of: 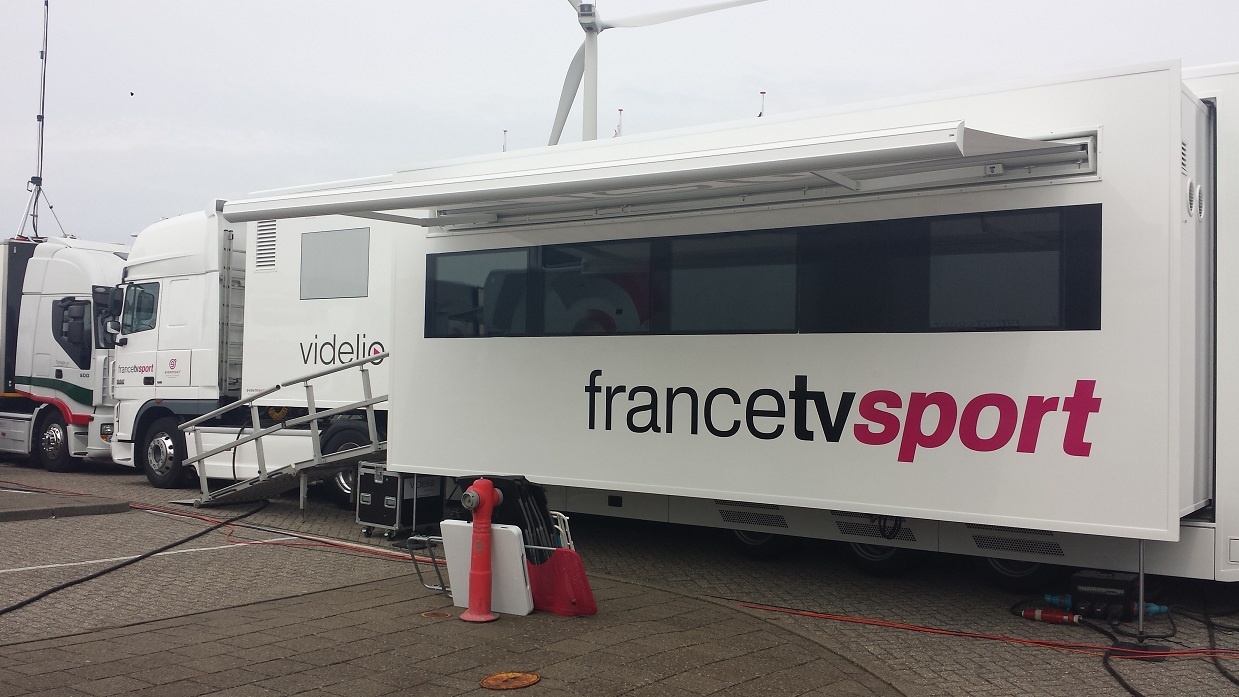 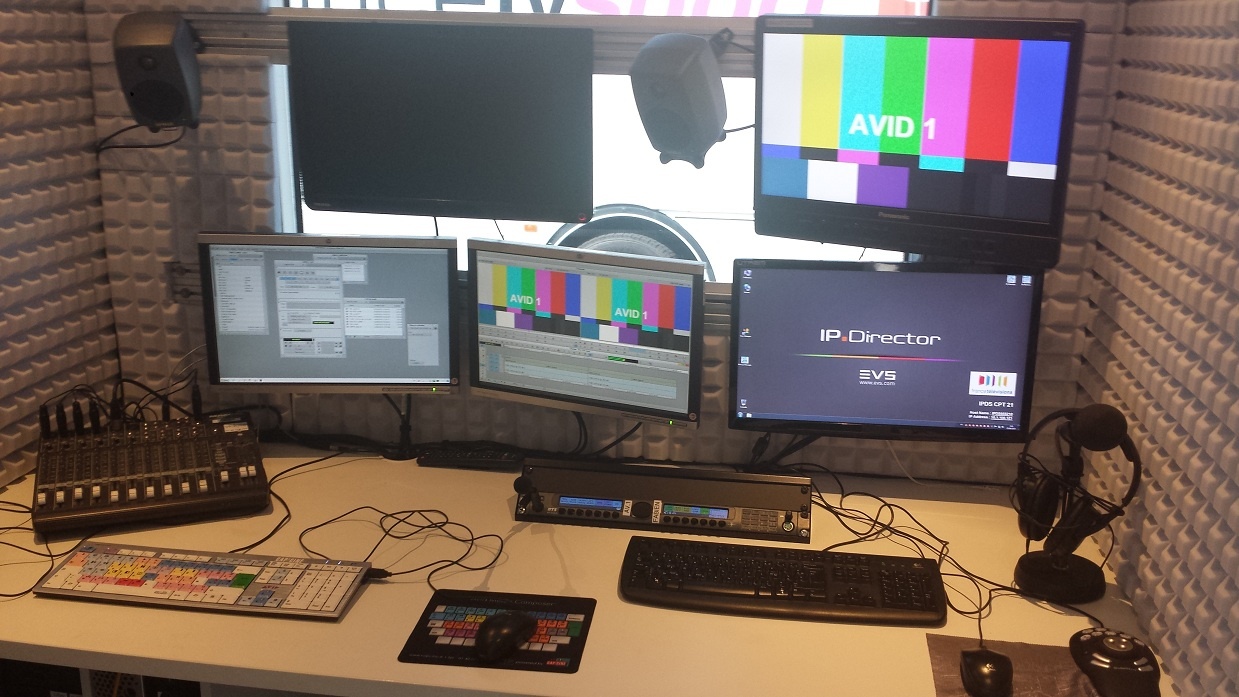 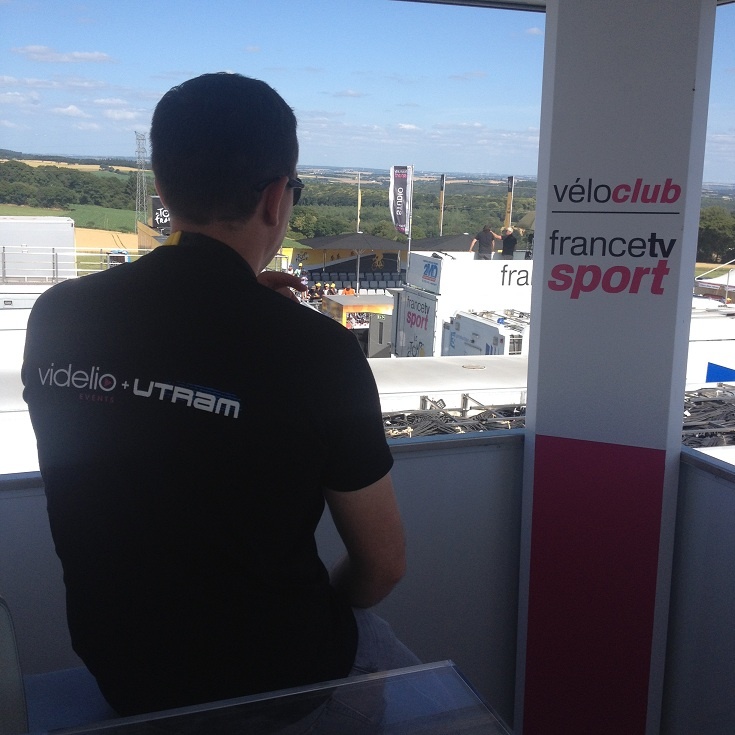 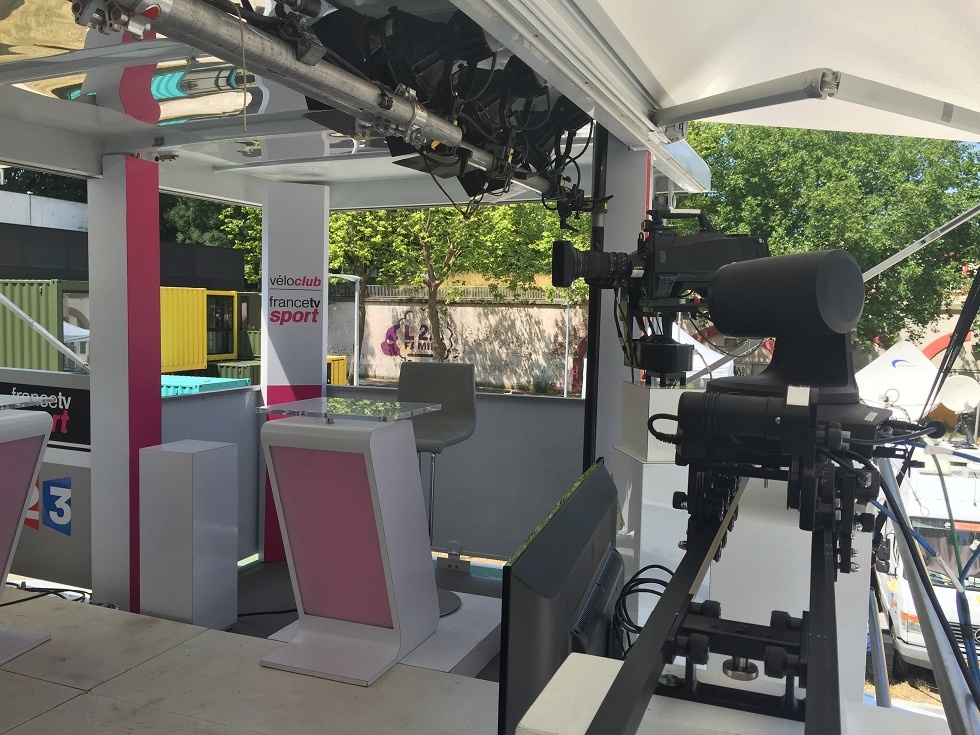 For KIWI PRODUCTIONS : Fitting of 4 IBIS vehicles which are part of the Tour de France's publicity caravan with LED display panels by Ekta, model EK6.9ILVM6C-QC. 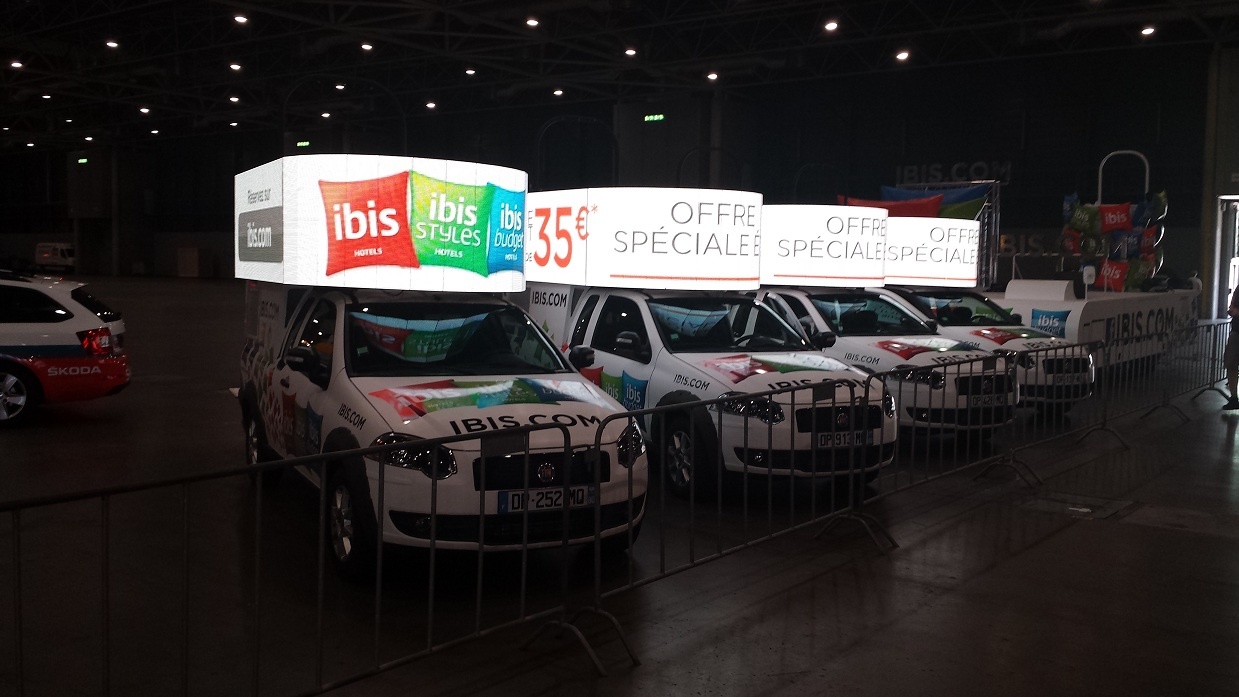