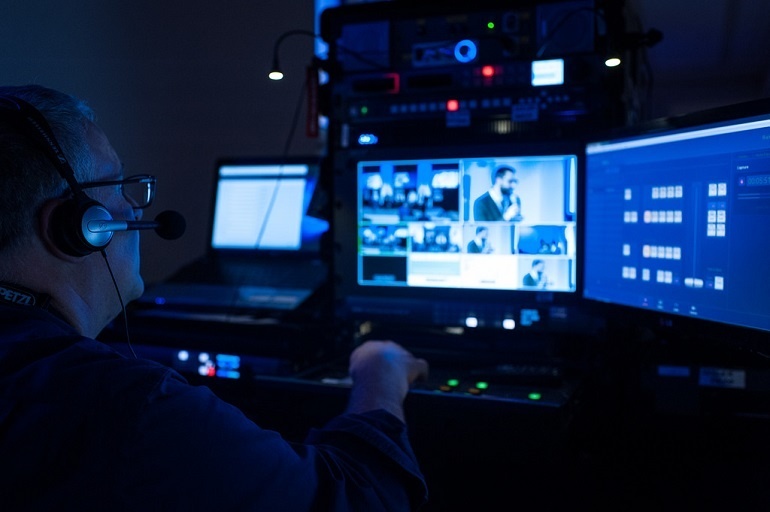 The 21st century has been strongly marked by the introduction of new technologies and the Internet. These inventions have allowed corporations to develop new territories of expression by creating ever new tools favoring communication with the general public. Today, social networks allow brands to have a direct and privileged link with their customers. Also in the field of digital communication media, we’ve seen the birth of a new trend which has never stopped increasing since 2015 : live streaming. It allows to communicate instantaneously via video and offers interactivity which explains why it has become the new favourite media of brands and personalities.

But then, how was this trend born ?  And why is it talked about so much ?

In 2015, posting videos on the Net was nothing new, YouTube, the leading expert of the media was using the technology as its main marketing pitch. The idea behind live streaming was more sophisticated : offer from a single platform video content and a “social network”. It works as follow : an “event” is shot live and streamed simultaneously and the viewers can comment via an integrated “chat” feature. At the very beginning, the pioneering application Meerkat made popular this form of communication before being caught up by competitor Périscope. Noticing the growing success, new live platforms blossomed everywhere and the heavyweights in the field such as Facebook, Instagram and YouTube also jumped on the bandwagon. Other tools outside the social media field also appeared to give corporations the possibility to stream live broadcast of their events on their web sites and intranets with the advantage of a targeted audience and stream security.

How does a live stream operate ?

Today, it is THE digital media by excellence, streaming has become the essential tool for brands which want to remain connected with their consumers. Live streaming gives to the audience the possibility to experience an unique event all while remaining comfortably at home. From now on the viewer can follow an event without being physically present  at the location and he can contribute to the debate with other viewers by adding comments via the chat forum. Through streaming, the message is more powerful, more authentic, because of its “raw” nature. Via the live experience the Internet user feels closer to the sender. Interactions also contribute to tighten the connection and encourage the audience to enrich the content, communication is no longer a one way street. Last but no least, streaming allows to get media coverage after the event (press articles, social network messages…).  For public or private events alike, live streaming is an excellent tool to communicate :

This is why live streaming has become the focus of attention in many fields : entertainment, politics, sports… many companies have joined the fray. Therefore VIDELIO – Events has developped a proprietary set of tools for streaming offering many features and which can be customised according to needs.

Last 27th and 28th of november, Lisbon in Portugal hosted the conference on Social Innovation for the European Commission. To allow the largest number of citizens to follow the event and view the debates during the conference, a live stream was set up on a dedicated mini-site and two languages were made available. In addition to this setup, the VIDELIO-Events teams were also in charge of all technical aspects of the video coverage : a video projection system and 24 LCD large screens in the “Exhibition area”. View the streaming here. 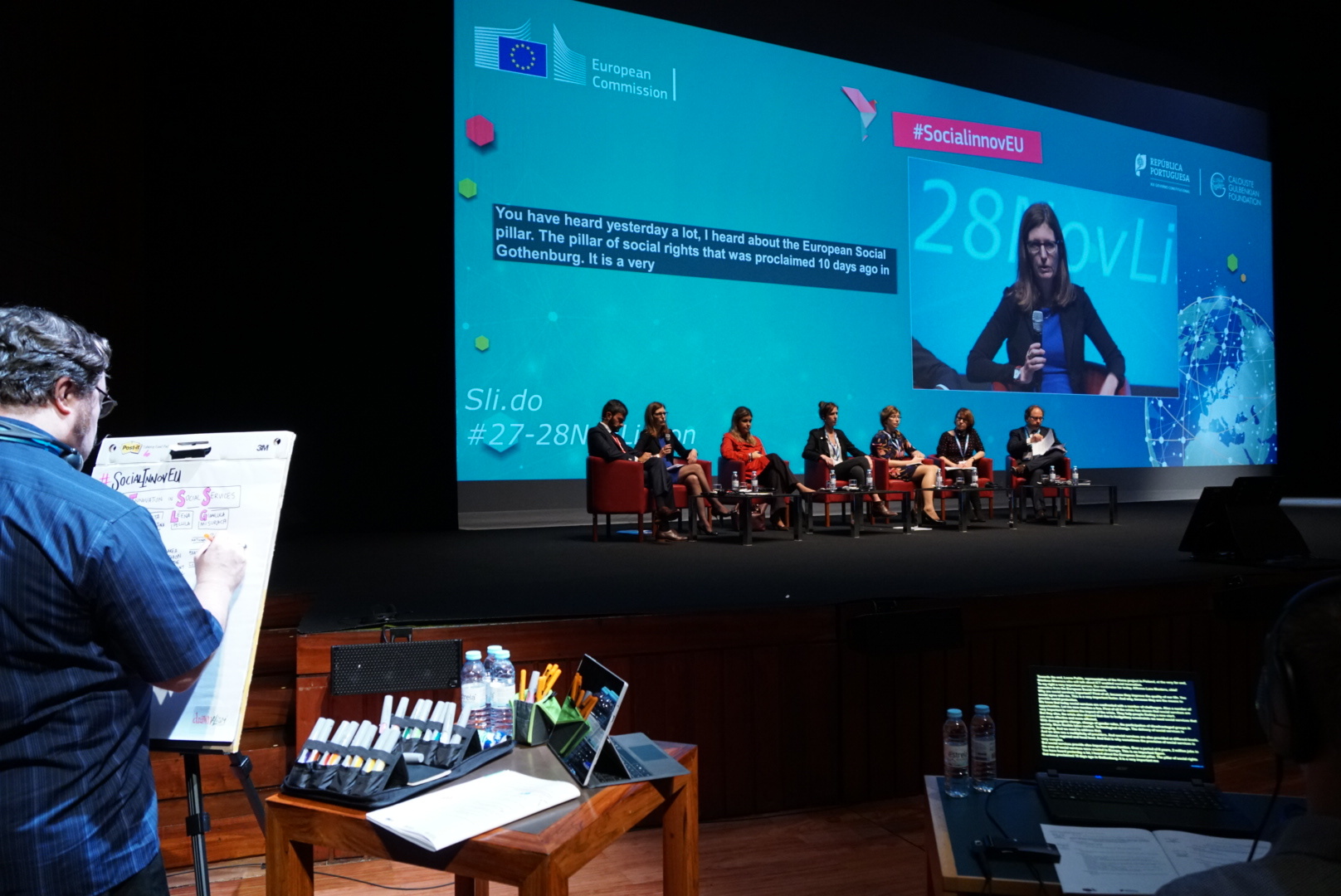 Since october 2014, the VIDELIO – Events teams are present each month at the Town Hall and community meetings of the city of Reims. At each meeting, live coverage is displayed on a large EKTA screen in the Council boardroom  and streamed over the city of Reims web site (thanks to an interface developped in-house at VIDELIO). Finally, on the city’s web site, the Internet user can view the live stream or the recorded replay with a choice of quality levels depending on the speed of his internet connection. 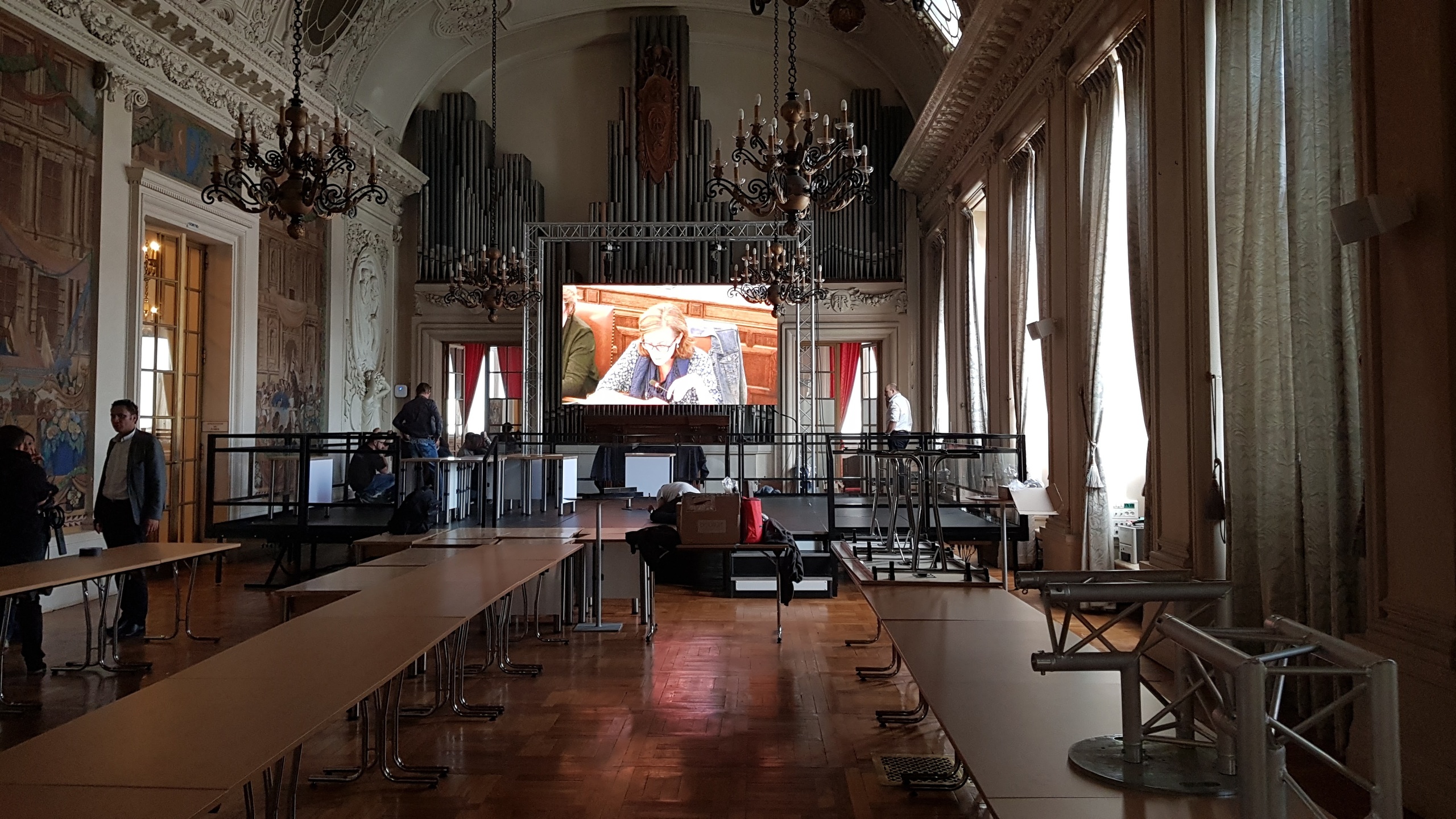 On april 28th, an audience of 9000 attended the Carrefour des Stars concert organized by Champagne FM radio station. Simultaneously, 700 viewers viewed the concert via FaceBook Live. In all, 4 hours of live coverage were streamed. The VIDELIO – Events teams were also in charge for the entire video display installation : a LED video-wall and a projection system. 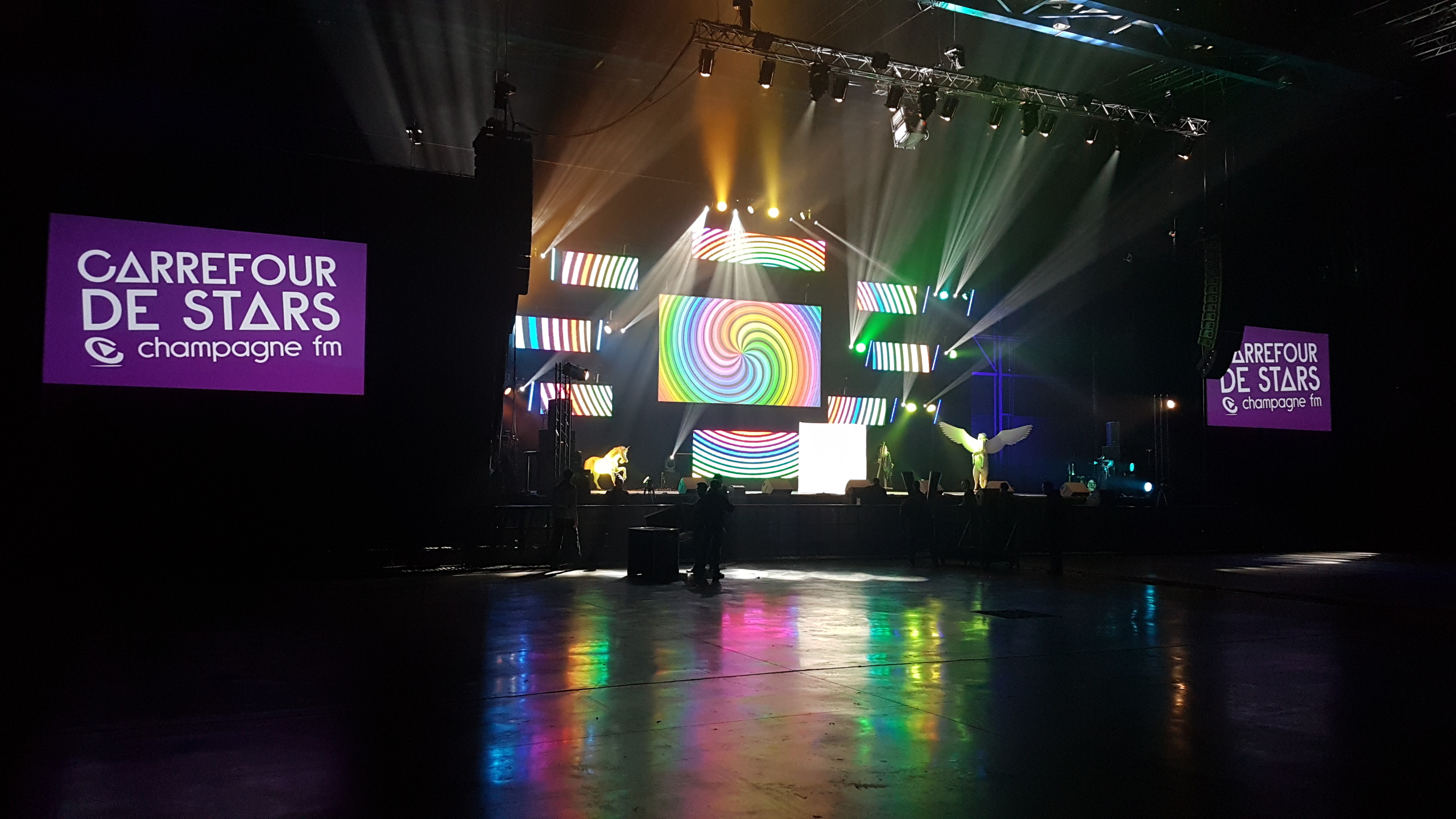 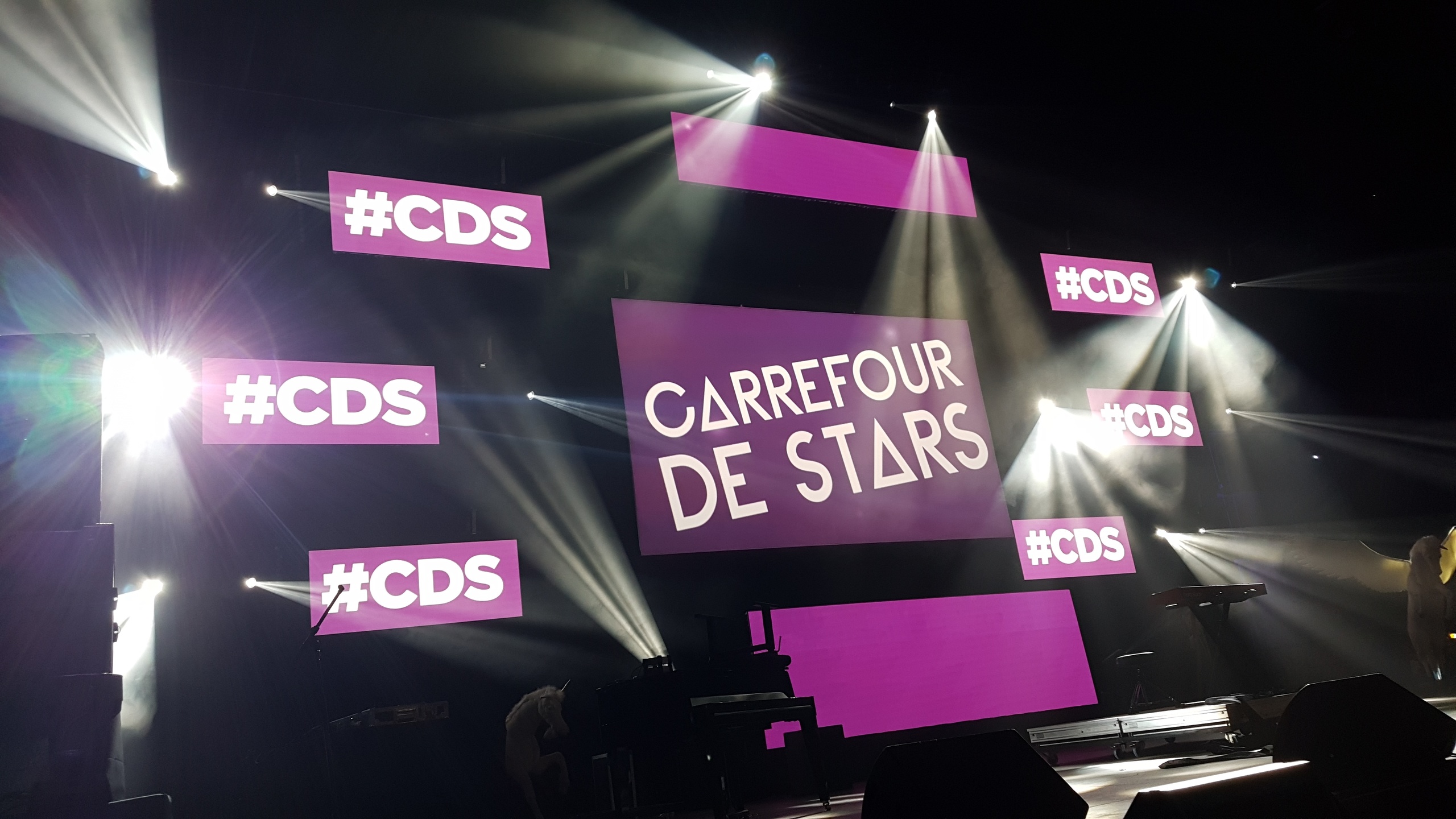 For the 10th anniversary of the Sosh Freestyle Cup, the VIDELIO – Events teams of our Montpellier office assisted Red Bull and Orange to cover this highlight event in glide sports. In order to increase the viewership beyond the Marseille beach where it was taking place, the entire event and competitions were shot for stream broadcasting over the Sosh Freestyle Cup web site and social networks. VIDELIO – Events was in charge of shooting (camera production suite, drone, Go Pro cameras, crane) and editing of daily summaries.

So, are you now convinced ?