FULL AHEAD WITH HOLOGRAPHIC TECHNOLOGY 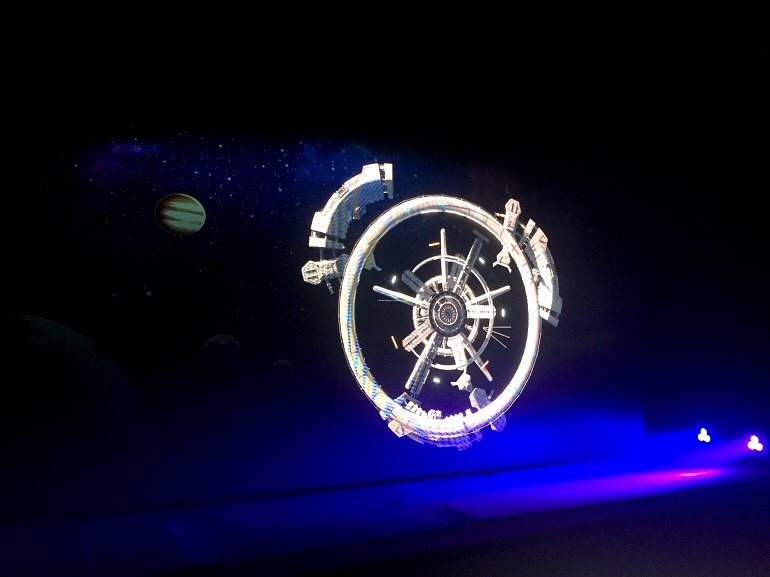 FULL AHEAD WITH HOLOGRAPHIC TECHNOLOGY.

Recently seen on the 2017 french presidential election, the Holographic technology is now becoming the MUST HAVE of every events. But in the real world, how does all this operate ? VIDELIO – Events will now reveal to you the inside secrets of this technology.

HOW DOES ALL THIS OPERATE ?

One may make the assumption that the technology is extremely innovative as the results are so incredible and astounding. Well, as difficult as it may be to believe, the basic technique is two centuries old. Indeed it was invented in 1862 by Henry Dircks, a british engineer, then a short time later adapted for theatre use by John Pepper. Named at the time ” Pepper’s Ghost “ this nearly 150 year old technique remains one of the most used to create what we name today ” a hologram “.

In practical terms, holographic technology is much simpler than it appears. The process works as follow : a laser beam is divided into two beams by using a reflective mirror. Then one of the beams is directed towards a special plate while the second illuminates the object or person to reproduce before being reflected onto the same special plate. The photo-sensitive surface (photographic plate or TV camera) will then record the 3D information by using the interferences between the two light beams. It’s a simple reflection, an illusion… Akin to its photographic counterpart, the process does not only record shapes and colors, it also stores volumetric information to give a 3D illusion.

This is how the VIDELIO – Events teams got the good fortune to join the adventure of Jean-Luc Mélenchon’s ” Les Insoumis ” political party to make the holographic project a reality. In partnership with Adrenaline Studio, VIDELIO – Events successfuly set up two unique events which got nationwide coverage. The keys for success were : proper attire of the candidate, well-controlled lighting, very fine tuning of the camera setups to reproduce the distant hologram at the proper 1 to 1 scale, and finally a reliable satellite link. 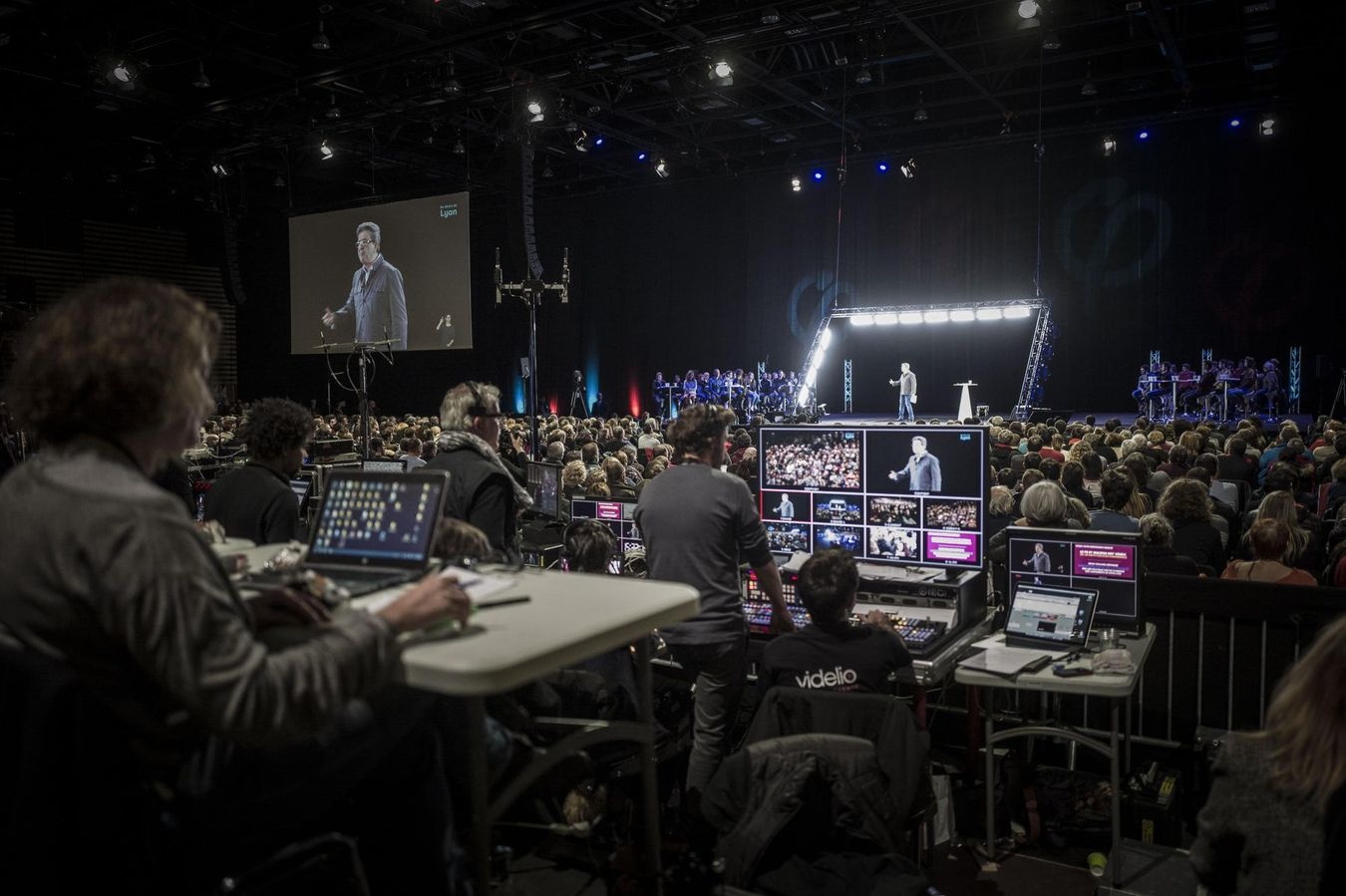 The holographic technique described above is the stage version with live broadcast but it can also be adapted to other scaling ratios with the same high quality results : 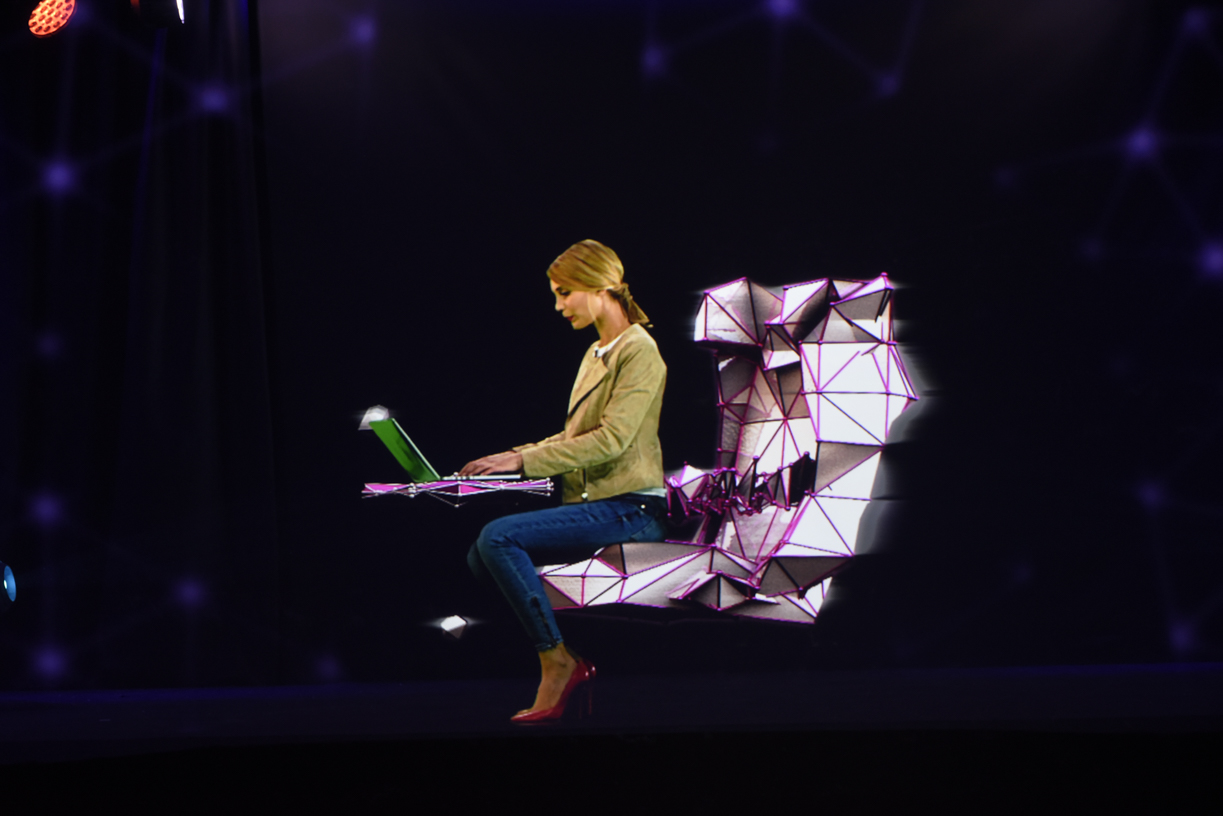 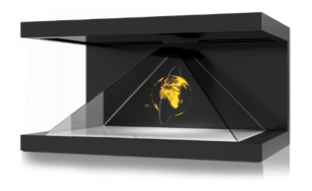 New tools to discover marrying the best of past inventions and futuristic technologies, the only limit is your imagination.