The Guyana Space Centerseen from the inside

The Guyana Space Center seen from the inside 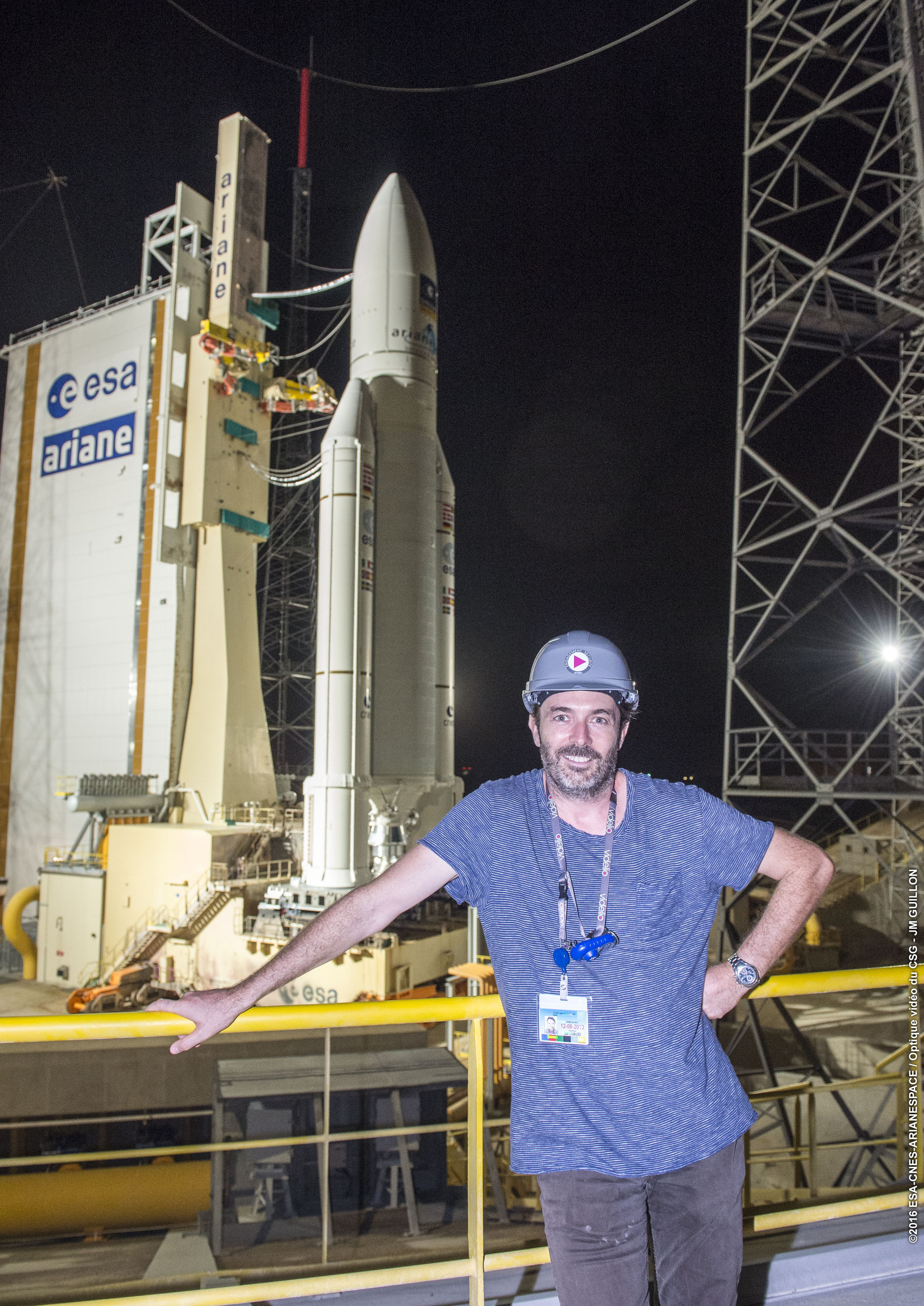 “Sébastien, could you please present yourself  ?“

I am the full time Technical Manager of the Division for Video Optics of the French Guyana Space Centre (CSG). The division’s activities are delegated via a contract to VIDELIO – Digital&Media .

I am based in Kourou, and to be more specific at the Technical Centre of the CSG located about fifteen kilometres away from the Ariane and Vega launching pads and twenty kilometres from the Soyouz pad. 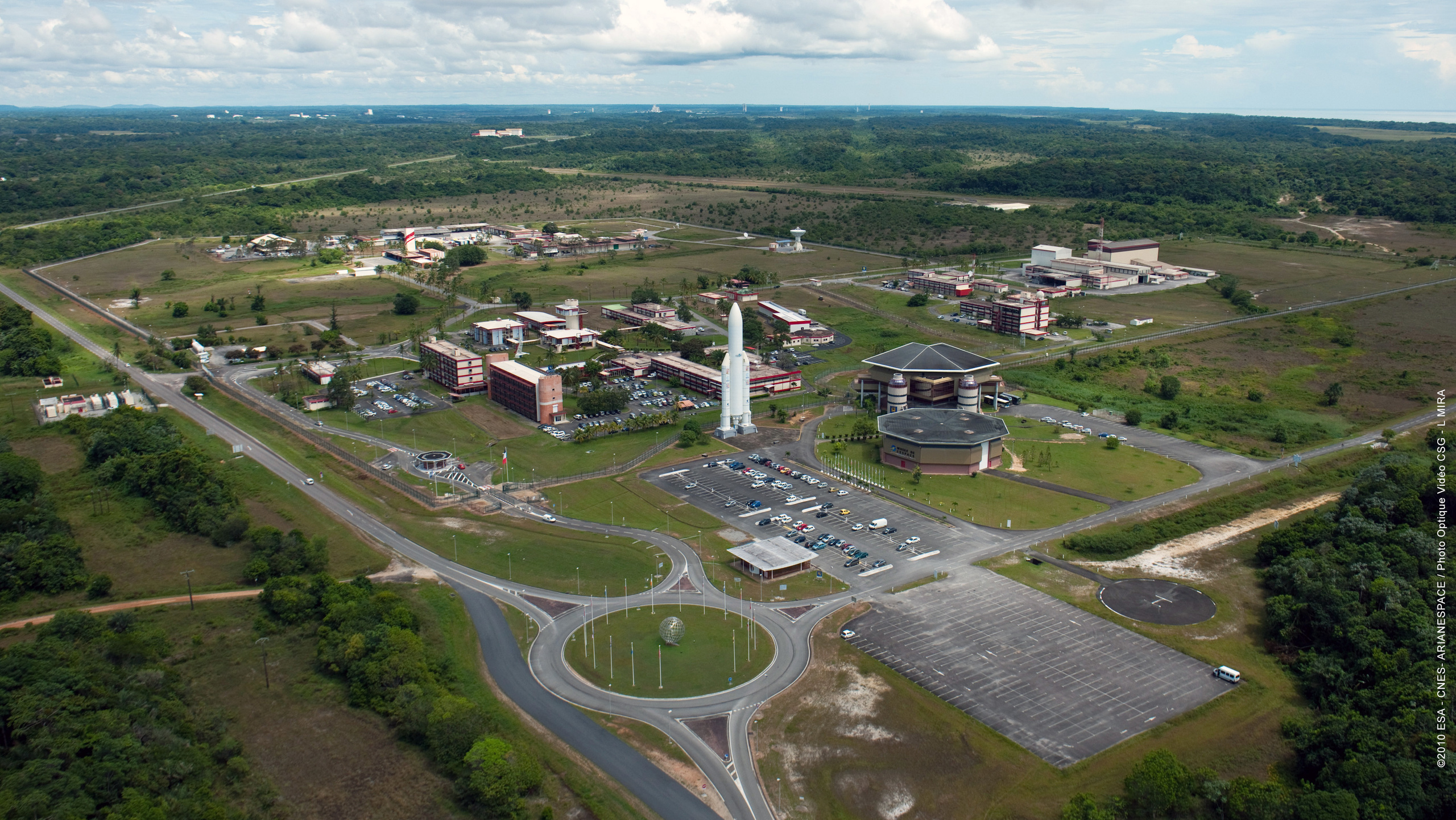 “What is the mission of the Video Optics Division at the CSG ?“

The Space Centre has a daily working staff of around 1700 people. It is divided into two main sites : the launching areas and the technical centre where the Video Optics building is located.

“VIDELIO is known for its expertise in broadcast technology integration on land and at sea; what are the VIDELIO teams doing in Guyana ? “

VIDELIO has a staff of 32, all working at the Video Optics division which is split into 2 departments, one designated Media Management (GM) and the other Systems Management (GS):

The GM department includes photographers and videographers. They are responsible for making films about media events but more importantly to document the regulatory inspection procedures of the launchers and satellites. There are also computer graphics experts and video editors who process the content received for broadcast and media use.
The GS department is in charge of the operation and maintenance of the audiovisual means used at the Space Centre: flight recording video backup system, video facilities for the customers to monitor the launch of their satellites, meeting rooms (video conferencing, display screens, video production,…) and the video transmission infrastructure for launch events. 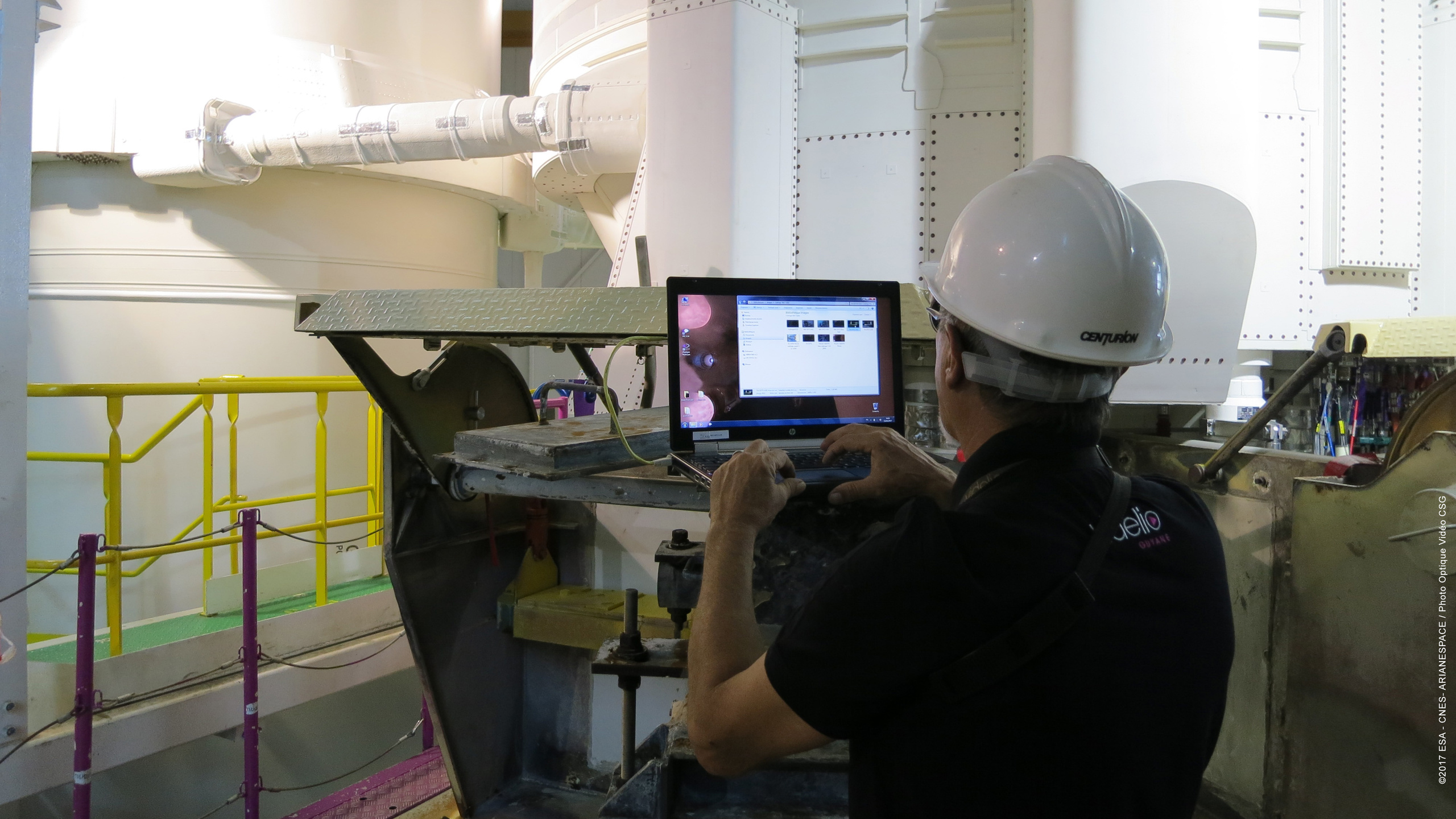 “Could you please tell us what happens during a rocket launch and what the ambiance feels like at the launch site ? “

During launch operations, the entire staff is mobilised in the field or in the Control Centres. There are two days where timing is all-important :

We also broadcast computer graphics images (previously created by the GM team) just after the launch when the rocket is out of reach of the search camera (what is a search camera ?) – These are cameras mounted upon search turrets with high-power, high magnification lenses to follow the rocket until the separation of the
solid-fuel boosters. The cameras are manually staffed by our technicians.
Another team is in charge of the audio animation of the VIP room, where are gathered, among others, the Presidents, Ministers and Managers of the ESA, Arianespace and CNES top brass.
We also make available a complete follow-up of the rocket launchers activities which is broadcast live over the entire world.

To accomplish this, there are several monitoring sites located in several places around the planet, for instance like the CineTelescope located on an island offshore from the Kourou Space Centre. 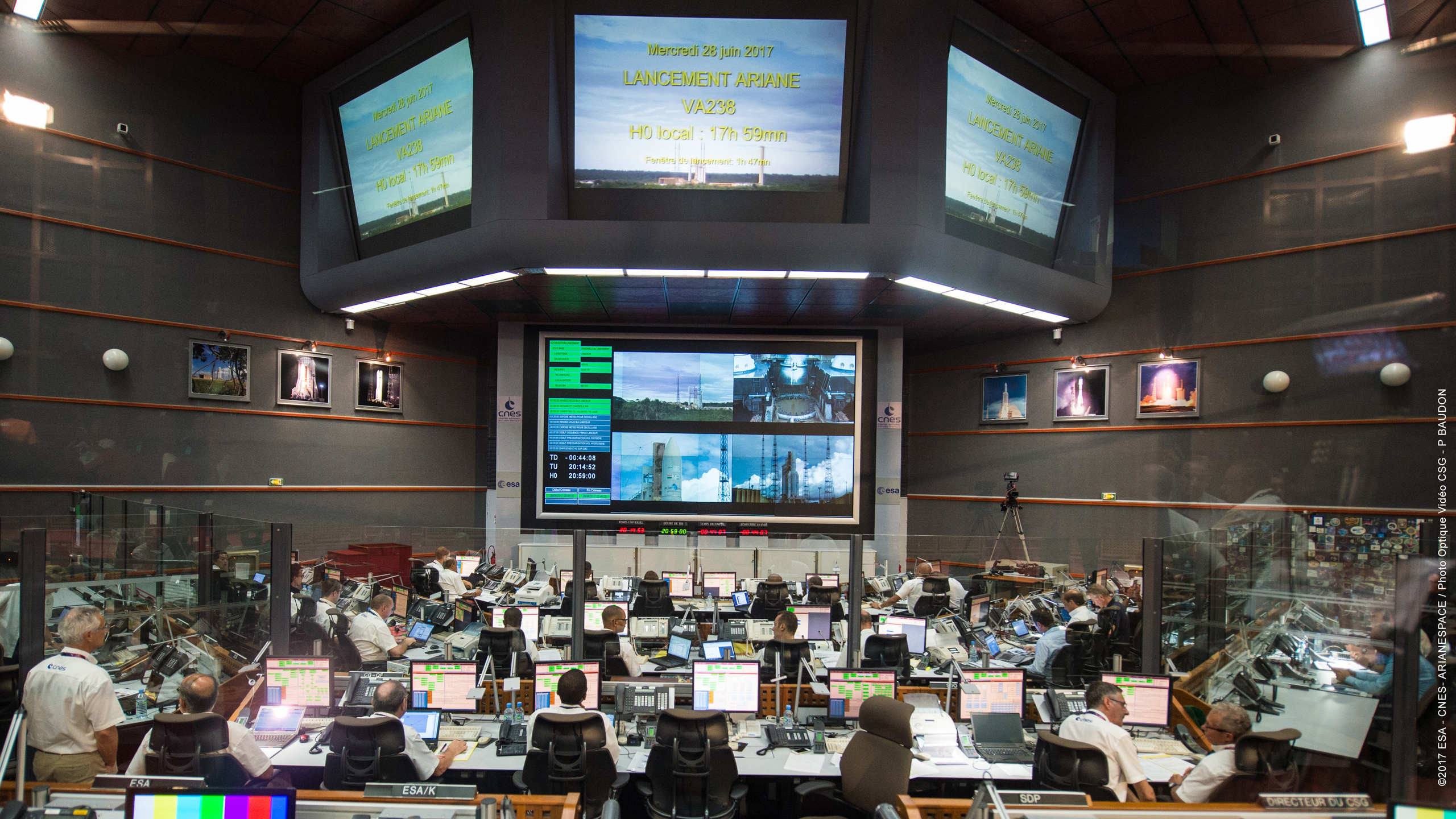 “What is the biggest challenge the VIDELIO teams must face ? “

The biggest challenge here is the relentless schedule of the launchings. The teams cover the launch campaigns one after another, they all seem alike, but each one has its particularities. The CSG is a fully alive operational base, there never is time for rest or complacency…