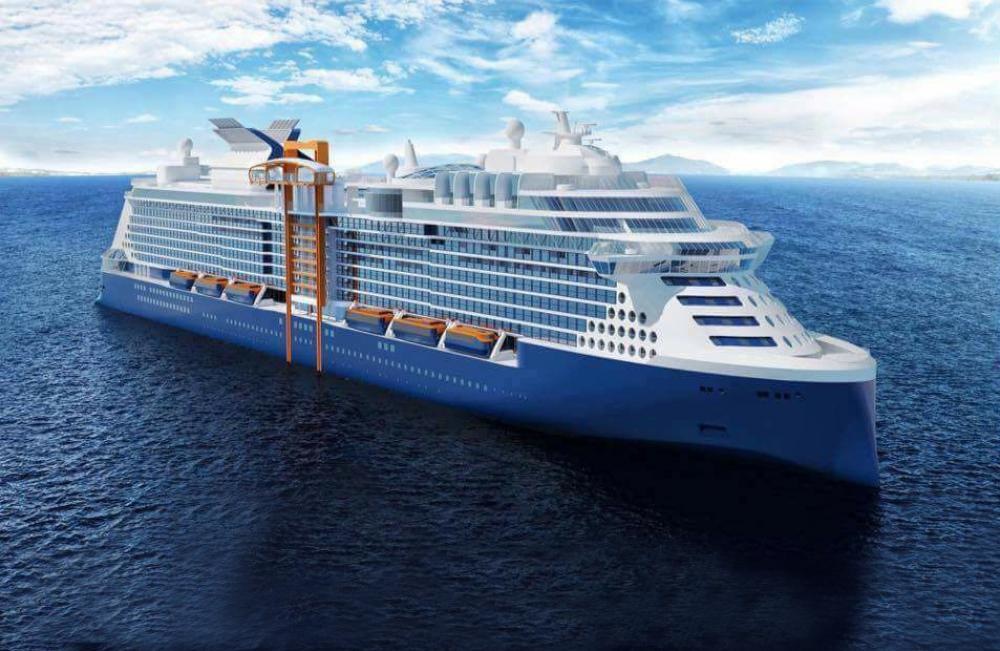 This deliberate choice of the Company, which right from the start of the project wanted to free itself from the conventional, was not without consequences. Freed from the usual constraints of this type of development, the architects imagined a very high-end experience for future passengers, in which aesthetics take over from techniques. Therefore, for the VIDELIO teams, responsible for discreetly passing kilometres of cables, integrating loudspeakers, installing projectors, offer an audio-visual experience matching their ambition, but still complying with the original design, was a real challenge.

I Magic Carpet: hide this speaker so I don’t see it!

” … a restaurant-lift“: Located to starboard, the platform with the size of a tennis court can rise above the sea up to a height of 13 floors.  “

I Theatre: an avant-garde scenography 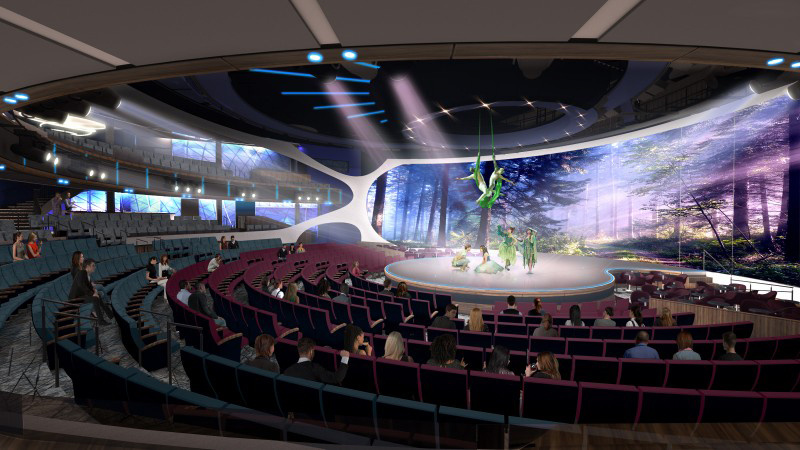 Major place for entertainment on the cruiser, the theatre is also the unrivalled venue for travellers. Here again, Celebrity Cruises decided to adopt a very different course from its previous ships, breaking the boundaries between actors and spectators. First, the stage is divided into four parts; one of which advances well into the audience, and places the actors right in the middle of the spectators. This position required reviewing the traditional position of sound and light equipment, to enhance the performances without the technical devices being obvious. Moreover, the theatre also offers an unprecedented projection system: sixteen video projectors were fitted to broadcast images on ten giant screens, eight of which are motorised and can move according to the scenes. To add even more refinement, one platform can rise more than two metres above the stage; also, rotating stairs complete the picture.

I Rooftop Garden: a sound and visual oasis

This latest ship from Celebrity Cruises is a new architectural standard and its innovations will change the world of cruising.

The icing on the cake: the VIDELIO teams have endowed it with technology not found anywhere else in the world. Passengers will not realise it, but its two sound systems have been merged. All other cruise ships must operate a system for public and leisure sound, and a second, the “Public Address”, dedicated to messages and alerts. The reason is simple: this second system is critical for the safety of the cruiser and is subject to very strict regulations to ensure its continued operation. The Celebrity Edge uses one single unified system. It is based on eight networked units installed throughout the ship. All possible faults were simulated to ensure that broadcasts remain possible in all circumstances.